LDStoryMakers12 Report
Last week I attended the LDStoryMakers12 writing conference. This may seem a little late reporting on it, but I’ve been busy getting submissions ready for two separate novels. So please don’t get the wrong idea; it was great. As I understand it the conference sold out at 450 attendees; which doesn’t surprise me.
What do these author gatherings have to offer you?
1.      Excitement – It is incredibly fun and exciting. You get to talk about writing; you get to learn about writing; you get to BREATHE writing for a couple of days. I love gaining this total immersion into the craft.
2.      Education – Every session I attended I was able to learn new ways to increase my skill in writing.
3.      Connections – If you subscribe to the notion that it isn’t what you know, but who you know then you can understand the importance of meeting agents, publishers, and your fellow writers who can all help you further your career in a tough field. Besides, making author friends is awesomely fun.
4.      Recognition – There exists a very real opportunity to have your writing talents recognized by the important people in the industry. Hit a home run in a pitch session and you all of sudden show up on the publishing radar. Win a contest and quite a few people know to take your writing seriously. (Unless you write comedy.)
5.      Drive – by the time the conference is over I am ready to go home and do a better job of writing. It really rejuvenates the authorial batteries.
Enough of the preachy-teachy stuff; here is what I experienced at the conference. 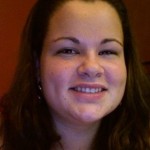 Kathleen covered the major methods of social networking and a few points for each of them. I have the basics listed below:


-         The three necessary social medias are FaceBook, Twitter, and an author page.
-         Make sure you register the domain names you’ll be using before your first book is published. This includes: JohnDoe.com, JohnDoeBooks.com, and AuthorJohnDoe.com
-         The important thing to remember about social media is that it’s Social. That means you have conversations with people. Don’t just use them to spam everyone with news of your latest book release.
Hands-On “Fix the Easy” Workshop
with Weronika Janczuk 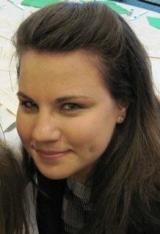 Weronika mostly work-shopped the submissions she received for the conference. This lady really knows her stuff. I’ve included only a couple of the points she made, but left the class with a better idea of what needed to be cut in my writing.
- If a character “could smell” something then you should just write that they “smelled” whatever it is they smell. It is more dynamic and you’ve cut out an unnecessary word.
- Watch for passive language. Prevent your characters from “being” and make them do something instead.
- By focusing on just the two suggestions above a lot of wasted words can be cut out of a manuscript and in the process you really tighten the prose.

: Wrapping Your Head Around a World, so You Can Wrap that World Around your Story
with Howard Tayler

Howard had very interactive class; taking suggestions from those who attended to point out what works and what doesn’t work in world building. He hit upon two principles that mainly defined the class.


-         Make sure your premise makes sense. If aliens invade the planet make sure they have a good reason for doing so. There are easier methods of obtaining resources than traveling huge distances across the galaxy. Try to poke holes in why they invade.
-         Whatever process powers your story needs to be explained well enough that the reader can understand how it is overcome in the end. If your story involves magic you want to explain the workings of magic so that the reader understands how the hero is able to use it to win in the end.
Writing a Series: Telling the Same Story Again, and Better, and Totally Different
with Dan Wells 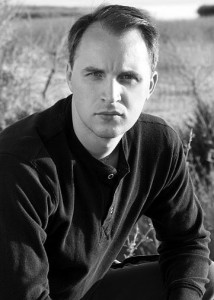 Dan discussed writing a series of books that mostly focused on character arc.
-         Stories in a series provide the same things the reader liked, but in a different way.
-         Each story has a character arc and so does the series. Both sets of character arcs work together. It’s the big picture and little picture concept.
-         In the first book the character may discover they have a power. In the second book they do something new with it.
-         The series arc for Star Wars could be described as a journey from Padwan to Jedi Master.
-         Explained the 7 point plot structure: Hook, Plot Turn 1, Plot Pinch 1, Midpoint, Plot Pinch 2, Plot Turn 2, and Resolution.
Posted by Randy at 10:38 AM