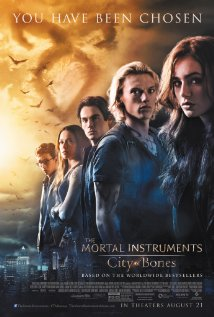 
I admit it. Stories about angels, devils and the conflict between good and evil really grab my attention. It’s no surprise that I went out and caught what is essentially a teen movie. And I’m glad I did.
Clary (Lilly Collins) is a typical teen. Except for the part where she hangs out at coffee houses listening to bad poetry. Does anyone do that? While out with her best friend Simon (Robert Sheehan) she witnesses the violent death of a young man. That leads to the discovery that she is a Shadowhunter; a group of warriors that battle against the forces of evil.
Not only is she a member of this secret society of holy warriors, but so is her mother, Jocelyn (Lena Headey). But before she can confront her mother with discover Jocelyn is taken by a rogue Shadowhunter named Valentine (Jonathan Rhys Meyers). She must work with the young Shadowhunters she has just met if she is to save her mother.
How did it rate? I’m glad you asked. Using my new system for rating movies I gave The Mortal Instruments three-and-a-half Movie Bucks.


1.      Fun – I thoroughly enjoyed the movie. Demons, vampires, werewolves, sorcerers, and half angels all woven together into a single tale. While it may be a crowded backdrop it sure made for an interesting one as well. It earned a full MB for fun.


2.      Story – This is probably the weak point of this film. A teenager who finds out that they are part of a secret organization is pretty standard fare in YA fiction. That part isn’t original, but the treatment of the concept I felt was reasonably unique. It earned a half MB for story.


3.      Technical – There are some great special effects in the film. I especially like the water tricks with the portal. The demons looked cool and were easy enough to see. The musical score set an appropriate mood. In my opinion all the technical aspects worked seamlessly and earned a full MB.


4.      Acting – I didn’t notice any glaring flaws in the acting. None of the main actors made me want to leave the theater and while a couple of the secondary cast were nothing noteworthy, they also didn’t subtract from the story. While this category gets a full MB keep in mind that a rating like that indicates a lack of horrible acting and not Oscar worthy performances.


I recommend seeing The Mortal Instruments: City of as a matinee or other discounted showing. It’s not a movie that’s going to change your life, but it was a lot of fun to watch.

This Ain't No Yellow Submarine

It’s been a long time since I participated in the flash fiction writing prompt put on by Carrie K Sorensen. So here is my latest. The idea is to combine the picture below with the five random words they provide and make a story out of it—a very short story.
This week the words were: Letter, Velcro, Planet, Shopping, and Fever. And this is what I came up with. I hope you enjoy it. 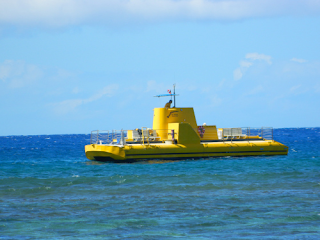 WE LIVE IN A YELLOW NON-SUBMERSIBLE

The upbeat tempo of the Beatles rattled through the interior of the Sea Banana. Whenever I pointed out that the exploration ship was not a yellow submarine Dorry and the others just laughed. They seemed to miss the whole point of the experiment—to stay afloat and remain self-sufficient for as long as possible.
I grabbed my portable work station and setup on the sunny deck. A letter back home always help set me right. Of course, I had to be careful about what I wrote. My family thought I was researching a new breakthrough in Velcro. What I couldn’t let them know was that this was a test run for a mission to another planet. A world fully engulfed by ocean.
In a way I already felt separated from the rest of the world. My sister discussed shopping and I was worried about a case of Yellow Fever that one of the crew had come down with. Imagine that, yellow fever on a yellow boat. If it wasn’t so serious it’d be hilarious.
After making up a few stories about fictional scientists making fictional strides in adhesive technology I gave in to the temptation to pour my heart out. You know, all of that sentimental crap that people don’t bother with as long as everything’s fine. I could't help it.
We haven’t seen another boat for six weeks and it makes me think about our ship being alone in the vast ocean of space. Then after that, sailing the friendless seas of that distant planet. Sometimes it feels as if I’m already gone.
Posted by Randy at 3:13 PM 6 comments:


Over the weekend my son talked me into seeing The World’s End. I don’t plan to do a review of it because this is the sort of film that I normally avoid. However, if you are not bothered by horrendous amounts of profanity you may find it quite funny.
The thing about this movie was that the basic storyline struck me a collection of elements all randomly thrown together. In this case we have what I can Going Back story. That’s a story where a group of people, who share a common event in the past, assemble together and are able to overcome the problems they are having in the present by reflecting on the past and using the strength of their common bond.
Because I don’t like living in the past this is not the sort of story that I enjoy. Which makes it great that The World’s End changes all of that by throwing in an element that doesn’t seem to belong—an alien invasion. That’s right. Aliens have started replacing humans with robot duplicates and the protagonists of the story stumble across this extraterrestrial plot as they come attempt once again to drink their way through every pub in the town they lived twenty years ago.
Now, I don’t support the notion that responsible adults should return to the folly of youth and drink irresponsibly just for the bragging rights of having finally completed a sophomoric challenge. But I do love how the writers of this film have taken a trivial storyline and by introducing an unusual twist to it have given us a remarkably innovative piece of entertainment.
Why didn’t I come up with that idea?
Rather than sulk about showing up late for this particular dance I decided to come up with my own story mixer. Here it is: It’s the late 1800s and in the bustling western town of an evil Cattle Baron attempts to force the last of the independent ranchers out of business. If economic pressure fails he turns loose his squad of hired gunslingers to convince his competitors to sell out. Then all of a sudden a squad of cheerleaders from the future pops into town and the balance of power changes. Traditional gunfights get replaced with dance-offs as we kick back and enjoy a rip-snorting, wild-west musical. Grab a big bowl of fried critters and enjoy the magic that is Romp.
Well, what do you think? Should I give up my other writing endeavors and start in on this project immediately? Or does it need a little more work?

I still need help getting the word out about my blog. This week I'm asking Karen Jackson to share this week's fun with family and friends. In addition to today's rambling I plan to submit a piece of flash fiction later in the week. 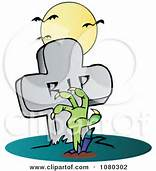 Zombies have risen in popularity over the last couple of decades. They have gone from the rotting, loathsome, fall-apart husks of humanity to the moaning, sympathy-inducing, fall-apart husks of humanity. The CDC even has an emergency plan for the “Zombie Apocalypse.” Some even say that zombie is the new vampire.
However, the zombies in the movies today are not the same mindless minions that our parents and grandparents know. The zombie has evolved.
The zombie, or as it is known in Haitian Creole as zonbi, originated in West Africa where the legends of Vodou claim that a dead person can be revived by a bokor, or sorcerer. Zombies have no will of their own and follow whatever direction they are given by their creator. It is rumored that feeding a zombie salt will force it to return to its grave.
In the 1980s a theory was introduced that a living person can be turned into a zombie if given psychoactive drugs via the bloodstream. It supposedly caused a death-like state and made the person submissive to the will of the bokor. In either of the first two cases the zombies were slow and stiff. (I guess rigor mortis does that to you.)
The first step in the evolutionary process for the zombie took place in 1968 when George A. Romero made Night of the Living Dead. In this movie zombies gained the ability to act under their own motivation—to eat the living. This was taken even further in John A. Russo’s film, Return of the Living Dead. Their culinary habits changed slightly to focus on the eating of the person’s brain.
In 2002, the film 28 Days Later introduced Rage Zombies, which are fast zombies. Now the living had to worry about out running the tireless undead hunters rather than blithely dodging the clumsy attacks of their predecessors. This round of evolution also introduces a basic emotion of rage in the previously instinct only undead. Some argue that these are technically not real zombies because the condition is brought on by a viral infection, but we can save that for another discussion.
Move forward to 2013 and we find the zombies recovering from their condition with a partial return to humanity. Warm Bodies, puts us inside the head of a thinking zombie when human passions and reason start to reassert themselves. Although this is not the first film to give zombies a limited amount of reasoning ability I felt it did the best job of it.
Where does the evolutionary track go from here for the popular undead race? They can already run, talk, think, and fall in love. Don’t forget their ability to convert the living to their lifestyle through infectious bites. In some cases they are stronger than their living counterparts and generally are immune to radiation, poisons, and the hypnotizing power of used car salespeople.
Got it. The next wave of zombies need to have—a Law Degree. In too many cases zombies have moved away from their origin as creatures of horror. They have become likable and cute. Turn them into lawyers and politicians and you return them to their proper place in the halls of Scaredom. Maybe you’re a bit skeptical. Try picturing yourself across from zombie litigator during a divorce trial. They could give a whole new meaning to the term ambulance chaser. And if you want to envision the pinnacle of fright close your eyes and imagine a zombie as President.
Posted by Randy at 11:06 AM 1 comment: