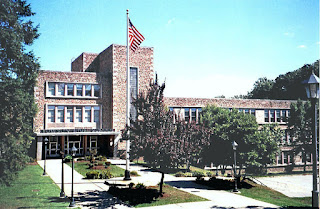 School lunches must have been initially designed as a method of torturing prisoners of war. The mashed potatoes were really lumpy paste with ever so slight a hint of potato taste and crusty edges. They were nasty tasting and hung heavily in your stomach like a mouthful of sand. And they were the best item on the menu. Jackie prodded her scoop of potato-like substance and considered how they resembled the way her day had gone so far.


“C’mon, Jackie-Jacks,” Daniel said as he took a seat across from her. “You can’t let the potatoes scare you like that. If you show them fear, the lunch battle is over and they have won.”


A smile, ever so slight, escaped from amid her foul broodings. She quickly slapped her frown back into place and hoped Daniel hadn’t noticed. Sometimes a person just wanted to stay in the basement with all the darkness. If Daniel thought he had cracked her mood he would keep on making jokes until her perfectly good brooding had fled for cloudier days.


“I can see that you need help facing this formidable culinary opponent.” Daniel flipped his head so that his curly mop of hair momentarily gave view to his big brown eyes. Then the curls fell back into place and covered the upper half of his face.


“The trick is to ensure you have brought the right weapon to the fight.” He pulled out a spoon from under a napkin and held it like a street brawler wielding a switchblade. His face displayed a look that might have been meant as a close approximation of a sneer, but on Daniel it just came out as smirk.


Jackie slid the plate with the potatoes across the table. “Have at it and may the highest link on the food chain win.”


After tossing his spoon from hand to hand a couple of times, Daniel dug into the lumpy mound of starched mush. He popped a spoonful in his mouth and made a show of chewing it. “No contest. Bring on the next competitor.”


She folded her arms and watched as Daniel continued his comedy routine. The clatter of trays, clinking of silverware, and thunderous buzz of a hundred conversations all provided a surreal soundtrack to his performance.


“Alright,” Daniel said, as he put down his spoon. “What’s the matter?”


“I got kicked off the school newspaper.”


An expression of shock registered on Daniel’s face. “Really? Mr. Lee took you off the reporting team? Why?”


“Not Mr. Lee. It was Principal Skinner. And he did it because he didn’t want me to continue with the story about the rampant drug use here on campus. He wanted me to pursue cutsie, fluff pieces.”


“Stop right there.” Jackie held up a hand. “If you tell me that I’m fluffy, I’m going to shove those potatoes in your face.”


“Fluffy.” Daniel rested his chin in his hand and stared off at a point in the distance, looking like someone deep in thought. “I hadn’t really considered that, but now that you mention it . . .”


Jackie reached for the plate with the potatoes. Before she could grab it, Daniel had snatched it away, laughing as he did.


A chuckle, followed by a smile, escaped from Jackie. It was impossible to stay in a bad mood when Daniel was around. The boy had no appreciation for the benefits of a good sulk.


“Principal Skinner doesn’t have the authority to remove you from the newspaper staff,” Daniel continued. “That decision has to come from Mr. Lee. Why don’t you just talk it over with him?”


“What good will that do? Principal Skinner will just order him to let me go.”


“Not exactly. Principal Skinner can make suggestions about how the paper is staffed, but it is Mr. Lee who has the final word on the matter. Even if Skinner has declared some sort of ultimatum, Mr. Lee may have a way to work around it.”


“Why didn’t I think of that?” Jackie placed her empty milk container on the tray next to the half-eaten plate of potatoes and then stood up.


“It is for me. I have to find Mr. Lee and convince him to keep me on as reporter.”


Daniel’s smile dropped off his face like it’d been knocked off with a sledgehammer. His gaze moved from Jackie to the table top.


“Is there a problem?” Jackie asked.


“You’ll have to wait until after school to talk to Mr. Lee. I saw him head off campus with Principal Skinner. They normally have lunch together over at Soup-a-Bunga.”
Posted by Randy at 12:11 PM