Once again, I am participating in the Snapshot Prompt over at Chasing Revery. This week’s picture proved to be a bit of a stumper for me. Normally, I look at one of the photos and a host of ideas pop into my mind. When you’re dealing with shades of gray and some bare trees there is certainly less to draw on for inspiration. But I like a challenge when it comes to writing so here it goes.


The five words that need to be included in the story are: Bill, Chisel, Tile, System, and Bicycle. 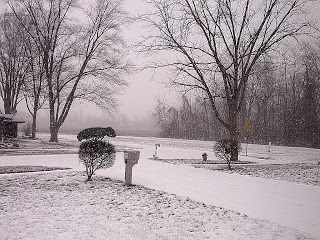 Talk about beating the system. John started on his twentieth mile on the exercise bike. Placing it in front of his living room window it was like riding a regular bicycle, but without all the slick, snowy roads and icy wind to bother him. So much for cable. John had no plans to line the pockets of the fat cat entertainment moguls who lived off the wasted lives of the people.


As far as that went, the electric company could enjoy a heaping bowl of not-out-of-my-pocket-you-don’t. After the bill they sent last month, John turned off the heat during the day and kept the thermostat at its lowest setting at night. A full regimen of exercise kept him warm as well as entertained.


John pictured, in his mind, how each act of protest was like taking a chisel to one of the gold tiles that covered the mansion floors of the rich and powerful. Yes, indeed. In another month he imagined them on their knees, facing the brink of ruin.


For the first time in days John smiled as he gazed out on the gray skies and barren landscape that comprised his world.