I’m late. I’m late. For a very important . . . For my normally scheduled Wednesday posting. The honey-do list ate up my morning so I am just the tinniest (if you call four hours tiny) bit late.
Last week I was nominated for the Addictive Blogging Award by Carrie Sorensen over at Chasing Revery. And even though she was the one who nominated me, I mentioned her blog anyway because I love her picture prompt.
For this week the challenge is to take the picture below and come up with a story, under 500 words, and that incorporates: Needle, Wisdom, Planet, Beach, and Scandal.
Wow. Those five words just don’t seem to fit the picture at all. I guess that’s where the challenge comes in. And below is my attempt to scramble a story together. 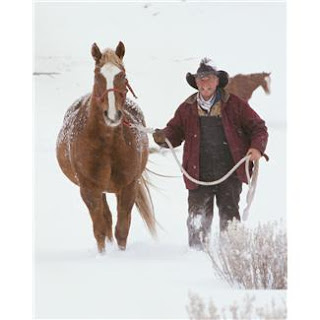 Al patted Ol’ Feller on the back. He didn’t know if either one of them could make the trip to . Rescue work was something better left to young folks. Al and Feller were just a pair of ornery cusses that liked their solitude. But they were the only ones close enough to reach the lost campers in time.
A quick check of the supplies before he strapped them to pack Feller carried, and then they were out in the snow. Al figured it’d take most of the day to cross Parker Ridge and get down to where the campers were trapped.
Everything was covered in white. The road, his cabin, even the trees had snow packed atop the branches, hiding the green needles beneath it. He didn’t understand why someone would want to camp in the snow. The dangers of being buried under an icy blanket by a blizzard aside, it seemed a greater wisdom this time of year to spread out a blanket on some beach in the tropics.
On occasion it seemed like city folk might be from some alien planet for all the strange thinking that they did. Not that he was rightly smarter than any of them, but he felt that he had a decent enough amount of horse sense. And Ol’ Feller had even more than him.
The trip took most of the day. By time he spotted the bright orange material of their tent the sun had already reached the top of the western peaks of . Al and Feller called out to the campers when they got closer. No use spooking them. No use getting shot by some nervous tourists either.
“Anyone about?”
Rustling sounds came from inside the tent. No doubt they had heard him. Al politely waited a discreet distance from the tent for them. After another minute, or so, the zipper on the tent flap went – ZZZZZZTTT. A man poked his head out.
“Who are you?”
“The name’s Al.” He tipped his hat. “A message came in over the radio that you were trap and needed help. Feller and me brought you some supplies and when you are ready we can walk you back to my cabin.”
“Excellent,” said the man. He pulled his head back into the tent. “We’re rescued man. Let’s get out of here.”
More rustling sounds emanated from the tent. Then stopped. “No way,” said another voice in the tent. Deep. Male. “Imagine the scandal back home if the rest of the guys find out we had to be rescued. We’ll never hear the end of it. We’re staying.”
“Well, can we at least take the supplies he brought?”
“No.”
A moment later the man poked his head back out of the tent. “Thank you very much for your assistance, but we’ll be fine.”
“Alright.” Al shook his head and smiled. It took all kinds. He turned to head back home and noticed the man waving his hand to get his attention. The man mouthed the words – “Please come back tomorrow.”