Interview with Steve Crompton - Part I

With this post I am expanding the pool of creative talent that I’m interviewing. In the next few weeks I plan to share the discussions I’ve had with an artist, a musician, and the creator of the City Of chapter books and related products. What all of them have in common with the subject of authors in training is that they are writers as well. I hope looking at different forms of the writing craft will at least be entertaining and possibly educational as well.
First on the list is a good friend of mine, Steve Crompton. Steve is an artist and we have collaborated on game related projects over the last twenty years. He is the Art Director for Flying Buffalo Games, the Art Director for Twisted Entertainment, and has worked as a graphic artist in for nearly 30 years.  Here’s a sample of his art. 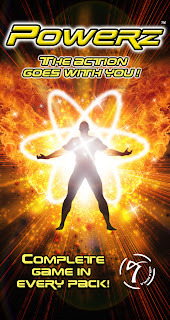 I interviewed Steve primarily because of his work in the comic industry. The idea of one person writing and illustrating a story in comic form really intrigued me. How do the two forms of artistic expression blend together? Well, read on and you can find out for yourself.

Randy: When did you decide to become an artist?
Steve: I was drawing comic books when I was 6 years old, so I think I’ve always wanted to be an artist.  I’m lucky in that it was something I strived to do from the time I was in grade school.  Anytime the chance to do art presented itself – I did it.  And I’ll probably be doing art till the day I die…

Randy: What are your artistic influences? Meaning which sources have had the most influence on your career?
Steve:  Probably the old Mad comics from the 1950s.  Take a look at Will Elder’s art and you’ll see where I learned a lot of my stuff.  Will Eisner and Murphy Anderson are also big influences.

Randy: Is there any kind of comic illustration that you enjoy more than others?
Steve: I prefer doing other worldly fantasy stuff really.  Alien princesses, strange planets, monsters & other dimensions.

Randy: Which comes first – art inspiration or story inspiration? Do they feed off one another? How do you work with both to come up with your finished product?
Steve:  For comics the art is very important.  You want to be able to present wild amazing things.  The visual appeal is really important.  You draw a bizarre character and then it’s all the more exciting to figure out where they came from and why they look like they do.

Randy: Do story lines ever get changed after you’ve finished a piece of art to reflect an artistic inspiration you’ve had?
Steve:  Always – (Well almost always) Often what is written when translated into a visual medium isn’t physically possible, so the situation needs to be changed to actually make it work visually.  This is true with novels being changed into movies as well.

Randy: Is there a tendency to rely on art in a way that weakens the story? Or does it just enhance an already strong plot line?
Steve: Well art can certainly take the place of written description.  A picture is worth 1000 words (so they say).  I don’t think art for a story would change the actual plot of a story, just the appearance and actions of things in the plot (if that makes any sense) 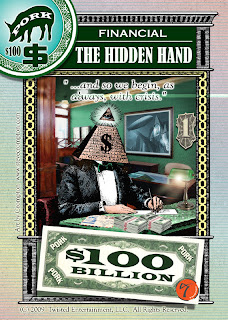 Randy: Which do you enjoy more; art, or writing, or something else altogether?
Steve:  I like the process of creating.  Most times that’s a piece of art, but often it’s the layout of a book, a website or even a deck of cards…

Randy: When you finally retire, what do you hope to be most known for? Artist? Writer? Snazzy dresser?
Steve: Creator / Artist but many people know me for my gaming and role-playing book art.  So maybe I’ll be remembered as that RPG Gaming Artist?

Randy: Do you think there is more prestige in being a dual threat of artist and writer?
Steve:  There probably is.  It certainly has lots of advantages.  I control both sides of the equation, so I can make sure the cover matches the story (for example)

Randy: What kinds of stories make the best comics? Or illustrated novels?
Steve:  Comics are a visual medium, so the best stories need to have potential visual appeal to make good comics.  Comic stories also need to have lots of short scenes that can fit on one to three pages, otherwise the comics gets boring real fast.  The first and second original Star Wars movies are perfect examples of a comic book story.  Lots of short exiting scenes with many different settings and visuals.
Posted by Randy at 10:56 AM